He arrived in Australia on the ship Calliance on the 31st of December 1855 along with his 2 sisters, Margaret and Bridget.

John's occupation listed was Agricultural Labourer and he was sponsored by a Mr. Dodd of Campbellfield.

Bridget (21 yrs) and Margaret  (19 yrs) both Farm Servants were sponsored by a Mrs. Morgan of Flinders Lane who was named as their sister in law.
I haven't yet found this Mrs Morgan.

******
Bridget Morgan was baptised at Derrynoose, Armagh on the 1st of February 1833.
Sponsors were Bernard and Ann  BARKA (sic) - (Church baptism record)
Bridget married a Bernard Clark in Victoria in 1859.
They had 2 children at Inglewood, Victoria.
Margaret born 1861
Peter born 1863.
Bridget died in 1863, perhaps from complications of childbirth.
******
Margaret Morgan married a Thomas Gaffney at Inglewood on the 24th of September 1863.
They had 7 children, of which the last 3 were known to be born at Euroa in Victoria.  Margaret died on the 31st of March 1912 at Collingwood in Victoria.
The Gaffneys are also buried at Melbourne General Cemetery.
******
In both John and Margaret's Victorian certificates Alexander Morgan's occupation is Farmer.

There is also a baptism record for Patrick Morgan at Derrynoose on the 1st of February 1827.  Parents Alexander Morgan and Nancy Lennon.
Sponsors were Bernard Morgan and Rose McGeough.

On the 8th of December 1846 an Ann Morgan was baptised, daughter of Alick Morgan and Nancy Lennon. Sponsors were Ann and Francis Morgan.

Imagine my excitement after doing an autosomal DNA test with FamilyTreeDNA and finding Dad and I matched at the right amount of shared centimorgans to be 3rd cousins and 3rd cousins once removed with Kathleen and her cousin Marcella who were descendants of Ann Morgan from Armagh.  Ann emigrated to the United States of America in 1865.
We all also share a DNA match with Shirley and her daughter Shaun who are descendants of a Margaret Morgan also of Keady Parish, Armagh. Margaret may well be a first cousin of John Morgan. 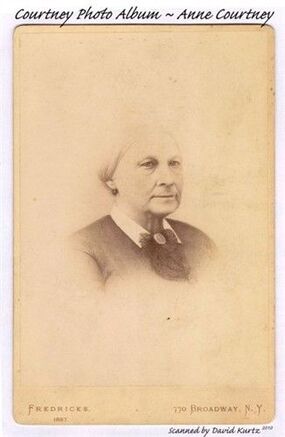 Photo courtesy of Anne Courtney nee Morgan's 3 x great grandson, David Kurtz.
On the 27th of September 1869 Ann married John Courtney in Pennsylvania USA.
​They went on to have six children and lived their lives at Bethlehem, Pennsylvania. 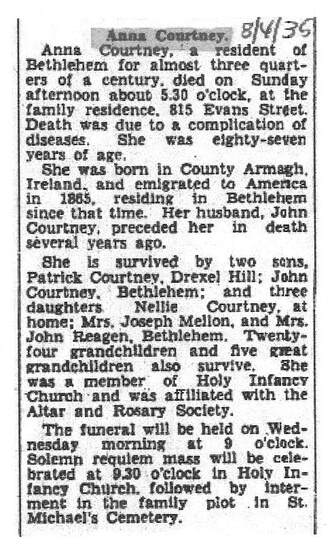 ​From a couple of other DNA matches with members of a Hennessey family it looks probable that John's eldest brother, Patrick Morgan also emigrated to the United States and settled in Philadelphia.  Could this be why Ann went there too?
Some family trees have Patrick married to an Annie Bloomer with whom he had 6 children between 1858 and about 1877.
​I can't find if they married in Ireland or America and as yet I haven't been able to find their death records.
In searching for further record of Alexander and Agnes/Ann Morgan I found one Alexander Morgan at Rowan, Derrynoose in the Griffiths Valuation for Ireland and a death record for 1870 in the Parish of Keady.
Derrynoose RC church is included in Parish of Keady.
Also in that Parish was the death of an Agness Morgan in 1869.
I cannot confirm if these are my ancestors though. 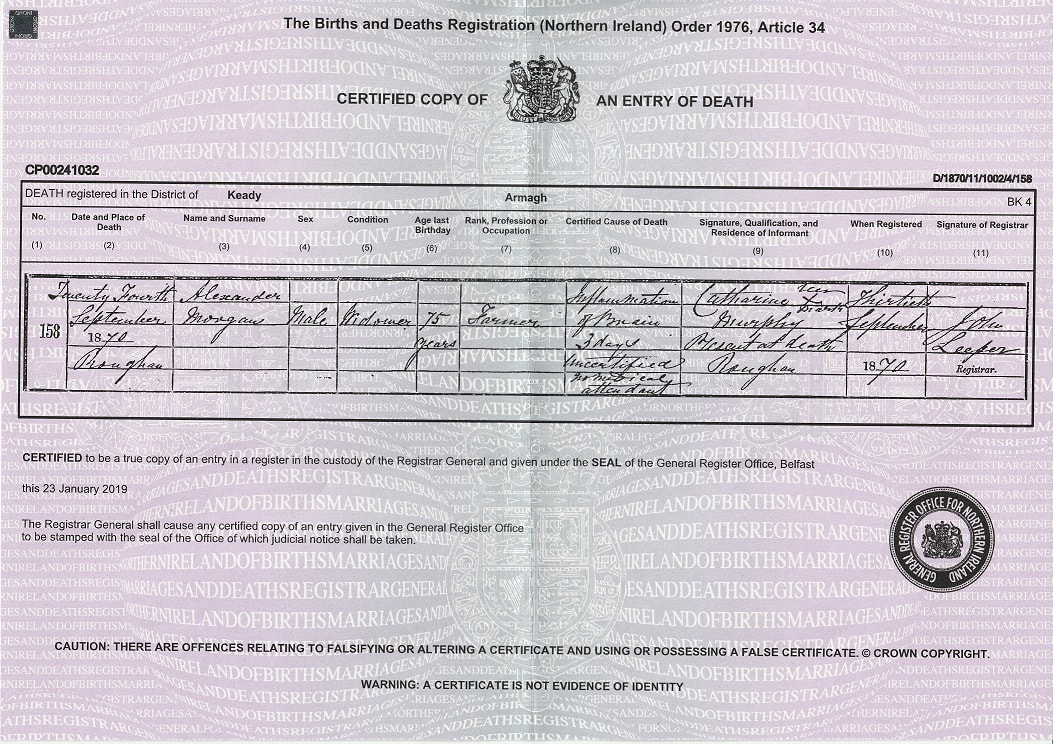