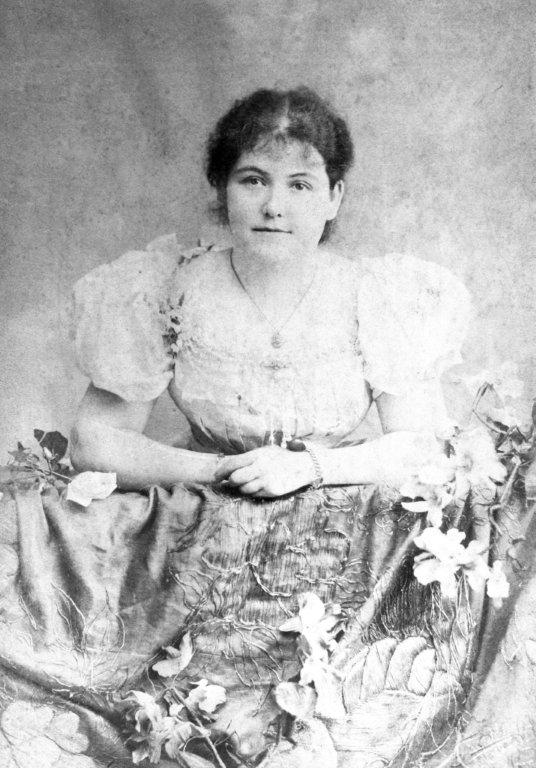 Agnes Margaret Morgan was the much loved youngest daughter of John and Alice Morgan.  She was born in Essendon in 1875 and died on the 30th of April 1900 at the young age of 25.  Cause of death was given by Dr. J. A. Sutherland as acute multiple neuritis (10 weeks) and cardiac syncope. 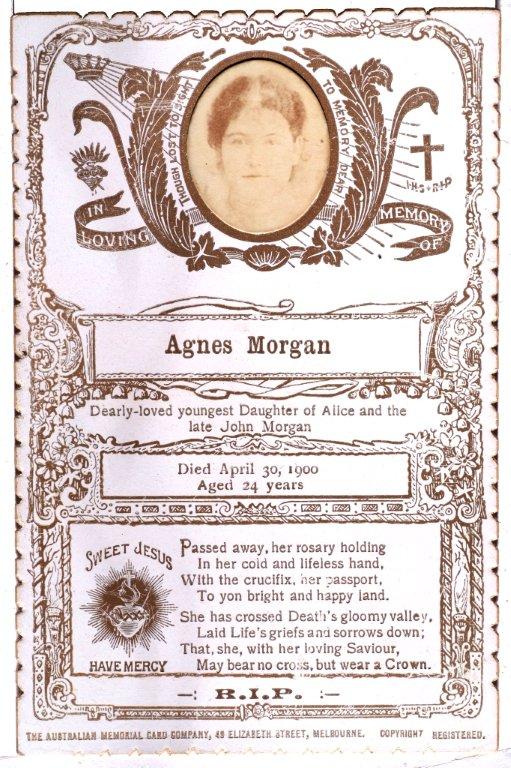 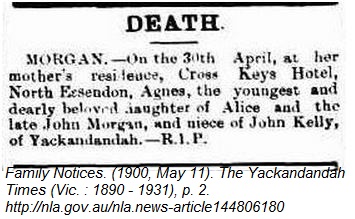 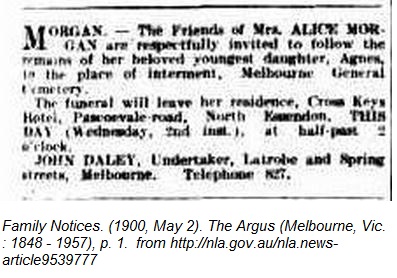 Alice Morgan also lost her eldest son in 1900.  Frank died in June of that year of phthisis pulmonalis (Tuberculosis)  which, being so contagious, I believe he may have contracted from his maternal Uncle Michael Kelly who arrived from South Africa to stay with his sister and died of TB in 1898.