According to his brother Michael's Will he was a speculator of West Australian Mining.

In 1905 New Zealand newspaper notice said at the death of John Kelly that he was the beloved 'only' brother of Thomas Kelly.  We know that Michael had already died so I would assume that William was also deceased in 1905.

On further searching in the Queensland indexes I found the death of a William Kelly in 1899.  His parents were named as Con Kelly and Mary O'Loughlin.
I'm told the surname Molloughney is pronounced with the 'gh' as MolloKney which I have read is also interchangeable with McLaughlin etc.  This is the closest death entry I can find.

The age is out and I don't know when he left Victoria but death certificates are not always reliable. 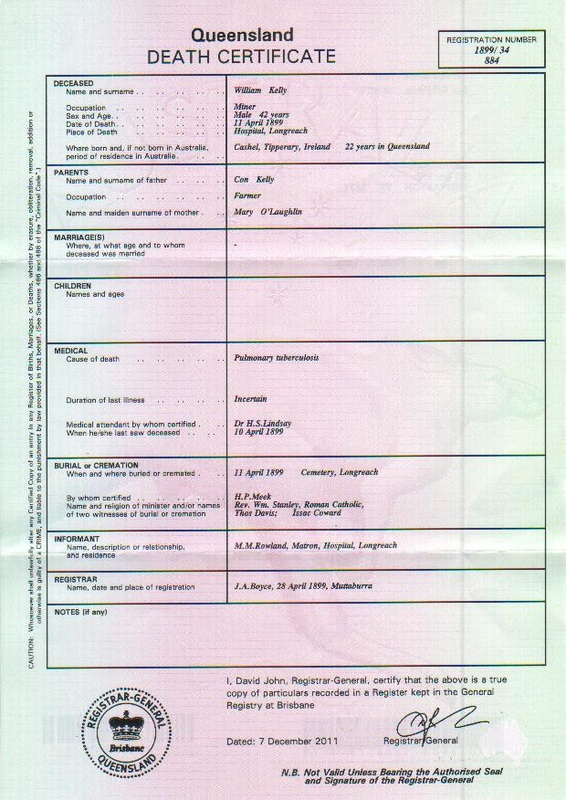