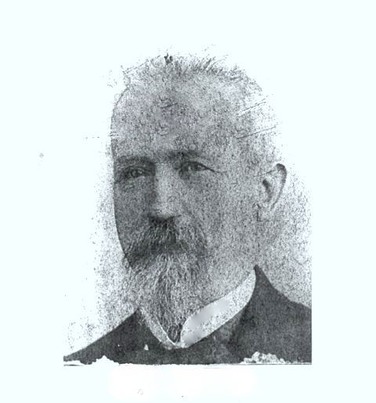 John died on the 28th of July 1905 at Yackandandah

She was born 1847 at Tarrville, Gippsland, Victoria

Possible mention of his death in this news article

Born abt 1874 possibly at Tarraville, Victoria
(I haven't found a birth registration for her)

She died in 1939 at Fitzroy, Victoria, Australia

I'm not sure why John states that he was born in Waterford with his mother being Mary Brien/O'Brien.  His baptism record names his mother as Mary Mulloughney (various spellings) and I have traced back from his daughter and through various other family documents to confirm his identity.  John came to Australia fairly young, so perhaps he didn't really know or remember his mother's details.

Read John Kelly's INQUEST HERE
There is no headstone for the grave of John Kelly at the Yackandandah Cemetery.
He is buried in the grave marked by the green book in the photo which was very kindly taken for me by Peter Ross. 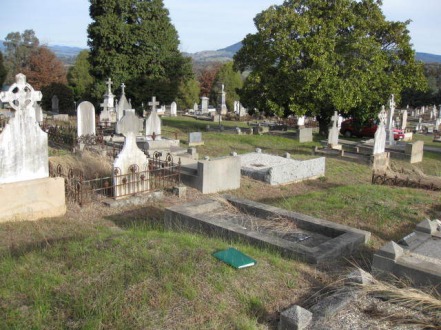