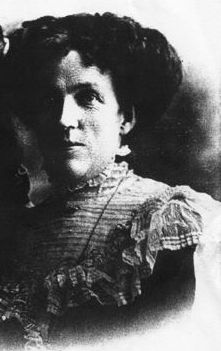 Denis' Occupation was Lorry Driver
Information in her Uncle, Michael Kelly's will says his niece, Alice Kelly, was living in Melrose Street, North Melbourne in 1898.

From the Australian Electoral Role:
Alice and Denis had one daughter that I can find in the records.

He was born 1897 Malvern, Victoria, Australia

Noel's occupation was Blacksmith in 1924

I don't know how many children Mary Kathleen and Noel Lowe had but I did find a death for Kathleen Phyllis Lowe age 7 years in 1932.  She is buried with her mother and grandparents at Fawkner Cemetery.  I haven't found where Noel Lowe is buried.
From the Australian Electoral Role: 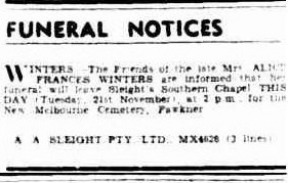