The following pages are an account of the lives of my Dad's Irish ancestors who came to Australia in the mid 1800s.
In my searchable blog I have included more stories. 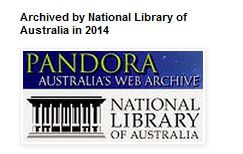 ​I am thrilled that this website is now being archived by Pandora.
PANDORA, Australia's Web Archive, is a growing collection of Australian online publications, established initially by the National Library of Australia in 1996, and now built in collaboration with nine other Australian libraries and cultural collecting organisations.

North Essendon was formerly known as Hawstead and was in the Parish of Doutta Galla, County of Bourke.

Lenore Frost has been incredibly helpful to me over the years.
​She has written an interesting and detailed account of the history of the area at her website
​Time Travellers in Essendon, Flemington and the Keilor Plains.

Bob Chalmers from the Essendon Historical Society very kindly made some enquiries about the title history of the Cross Keys Hotel site and John Morgan's ownership.
It seems that John Morgan purchased the block of land from Crown Grantee, William Jones, on the 10th of October 1859 for ₤81.
Then John Morgan apparently sold the land to a John Calvert on May 29th 1860 and it was later conveyed to William Bergin in 1862. John Morgan was first recorded as licensee in 1871 so I'm not sure what, if any, buildings were on the land before that. Perhaps a house?
Nor have I found out when the Morgan family bought back the land.
Finding Folio and volume numbers for the original land titles is proving elusive. None are listed on the Wills of the Morgan family even though the Hotel was left to surviving family members.

A descendant of William Bergin has told me that the Bergins lived next door to the Cross Keys Hotel for 40 years and her great grandmother, Catherine Bergin married a James Power and they lived in a house on the corner, where the car park is today, until around 1907.
The surnames Bergin and Power crop up in the families history with a Nicholas Bergin (son of William) witnessing Michael Kelly's Will in 1898 and a Fred Power witnessed John Morgan's Will which was written in 1879.

​
On a visit to the existing Cross Keys Hotel in Essendon in about 2005, I was told by the then owner that they thought the old Hotel actually stood on the opposite corner where the Strathmore railway station is now.
I didn't think this was the case though because when I checked the old map on the website of the State Library Victoria it shows the name Jones on the same section of land as the Hotel currently stands.

Ray Gibb, a local historian, confirmed that it was not the Cross Keys Hotel on the opposite corner but another hotel. Read his journal here.

Ray says "The owner of the Cross Keys was right about an old hotel being across Pascoe Vale Road from the Cross Keys. It was on the site of Melfort Avenue, the block at Hawstead granted to John Haslett. Ellen Haslitt, National Hotel, Moonee Ponds. Granted.
(P.6, Argus, 16-4-1856.)
Sam Merrifield's Annals of Essendon had an entry circa 1888 about a fellow called Robinson who apparen﻿tly had just bought the hotel and was advertising some sort of race (bike?) to promote his hotel which he must have renamed as the Melfort.

The area highlighted below is the land on which the original Cross Keys Hotel stood and the current newer building stands today. 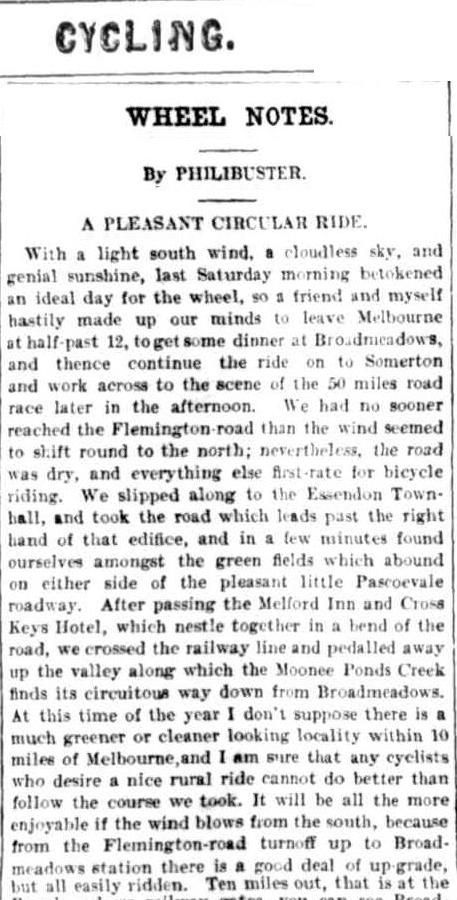 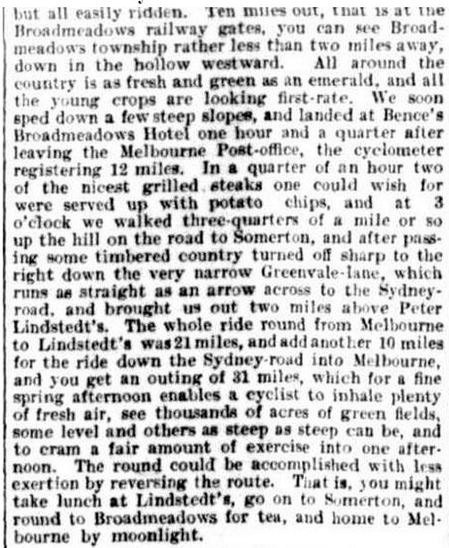 Cross Keys:  A common sign in Christian heraldry, referring to St. Peter, to whom Jesus said: "I will give unto thee the keys of the kingdom of heaven".  The papal arms show crossed keys.  Click here for more information on Cross Keys coat of arms of the Holy See. 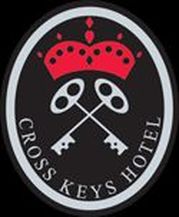 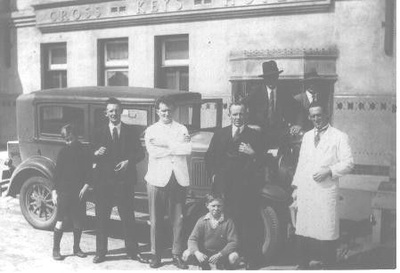 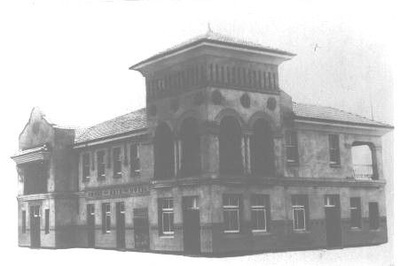 THANK YOU
Huge thanks to Margaret and Ray Goodwin who provided me with so much material to get me started.

In December 2011  Brigid Simpson contacted me after reading here about our common ancestors.
John Morgan and Alice Kelly were also her great great grandparents.
Thanks to Brigid's contact and the help of her sister Mary I can now put faces to many of the names here.  You can read that letter here.

Probably only something another family historian would relate to but I was moved to tears when I first saw the photo of our great great grandmother.
Thank you Brigid and Mary.
​
In 2018 my daughter gave me the wonderful early 60th birthday present of a trip to New Zealand.  I stayed for a night with Brigid and Mary's brother Stuart Lavin.
​Thanks Stu and Alison for your hospitality, trips around family stomping grounds and further amazing photos.

In December 2013 I was so very saddened to receive news that Brigid was losing the battle against melanoma.  Brigid died on the 7th of January 2014.  Her husband Paul has kindly allowed me to publish a memorial to this beautiful lady.
See that tribute here.   R.I.P Brigid Simpson.

My genealogy research has been fascinating and turned up quite a few surprises.
Click here to read my blog posts.